Love and equality are at the core of PositiveOne: Meet Lee Williams 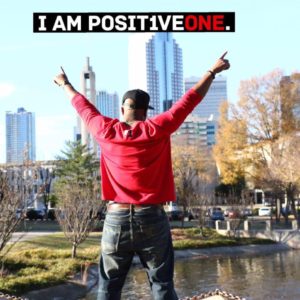 Lee grew up in Carthage, NC, a small country town in the middle of the state. Carthage is about 12 miles from Pinehurst, a predominantly wealthy white golfing community. As a young child, Lee believed that all white people were wealthy because that was all he knew. Lee says that this skewed his view of the world. He says, “That is the basis for everything that I come from.” His experiences with family, friends, church and school shaped the way he viewed the world. Lee knows he cannot escape his experiences. All he can do is live in the moment and take action.

Those experiences and realizations became the foundation for the creation of PositiveOne.

Lee attended University of Richmond, played football and graduated with a degree in religious studies and philosophy. From there, he worked in corporate America. Lee moved up the corporate ladder becoming a successful salesman and then working on a national catastrophe team for a major insurance company. Along the way, he met Mark Frazier and they quickly realized they were like-minded in terms of their philosophy toward life, love and equality. Mark and Lee partnered to start PositiveOne in August of 2014. Look for Mark’s profile in the January 2017 PositiveOne Blog. 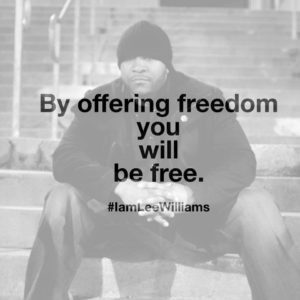 Lee and his wife, Dana, have been married almost six years. They are the proud parents of daughter, Leena, 3 and son, Iam, 1. Much of what Lee does on a daily basis is founded in his belief that his children deserve a world where love and equality triumph. 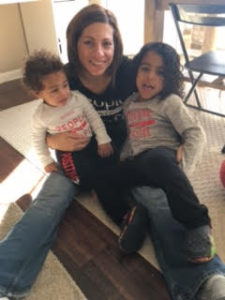 Lee answers a few questions about himself, PositiveOne and his philosophy about life:

Who is Lee Williams?
I approach life with the idea that love is the only way. I am very transparent and a lot of times people don’t understand that. I say exactly what I feel. People look for meaning behind what I say, but what I say is what I mean.

How did the idea for PositiveOne come about?
Mark Frazier and I were sitting on the back porch discussing our careers. I had just had my daughter and I knew things had to change. Everyone can identify with love.

We are the brand of love and equality. PositiveOne is a mindset of love, that everyone in front of you has something to offer. We are here to change lives.

What were you like as a kid?
I had a great childhood. My mom is strong and had a different view of who I could become. Society was telling me I couldn’t do anything. This fueled me to try twice as hard.

What is the most important thing you want your children to learn from you?
Be themselves.

Who inspires you?
I inspire myself, but everybody before me inspires me also: Malcolm X; Martin Luther King, Jr;  Oprah; Wayne Dyer.

What do you do when you make a mistake?
There are no mistakes. Everything I have done that would seem to be a mistake I have benefited from it in time. If you look at things like they are mistakes, then they will be mistakes because that’s how your body will vibrate.

I look at things as an error because then I can go back and erase it. If you go back to the point of error and accept that truth that you made an error there, then you can keep running. It’s all about how you think and look at things.

Lee was featured in CharlotteFive’s Small Business Series. Read more about him here. 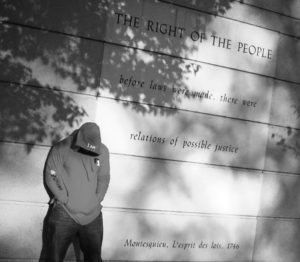 Use everything as an opportunity to understand, grow, and expand.
-Unknown

Our Mission
To empower and encourage people to think positively by building their self-awareness, self-confidence & self-worth.